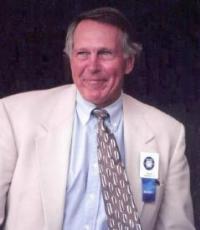 He is considered by many to be the greatest third baseman of all-time; He won 16 consecutive Gold Glove Awards; 1970 World Series MVP
Fee Range: $10,000 - $20,000
Secure Brooks Robinson
for Your Event

Brooks Robinson played his 23-year career with the Baltimore Orioles (1955-77). Nicknamed "The Human Vacuum Cleaner", he is generally acclaimed as the greatest defensive third-baseman of all time. He won 16 consecutive Gold Glove Awards during his career, tied with pitcher Jim Kaat for the most for any player at any position. Robinson was elected to the Baseball Hall of Fame in 1983.

In 1964, Robinson won both the American League MVP and All-Star Game MVP awards. Robinson was selected for the All-Star team in 15 consecutive years (1960-74). He also played in four World Series. In 1970, he received the World Series MVP Award, as well as the Hickok Belt as top professional athlete of the year. After the 1970 World Series, Reds manager Sparky Anderson quipped: "I'm beginning to see Brooks in my sleep. If I dropped this paper plate, he'd pick it up on one hop and throw me out at first."

In his playing career, Robinson compiled a .267 batting average with 2,848 hits, 268 home runs and 1357 RBI. His Number 5 was the first retired by the Orioles, at the conclusion of the 1977 season, his last. His 23 seasons with one team set a new major league record, since tied by Carl Yastrzemski. When the Orioles started their team Hall of Fame, Brooks and Frank Robinson were the first two men inducted. Following his retirement as a player, Robinson began a successful career as a color commentator for the Orioles' television broadcasts.

Secure Brooks Robinson for Your Event

Based on your interest in Brooks Robinson as a speaker or for a personal appearance, Direct Sportslink has provided you additional links below for other sports talent with similar appearance fees, speaker topics, and categories that match Brooks Robinson.