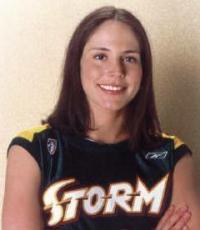 A Sue Bird personal appearance, Sue Bird speaking engagement, or Sue Bird endorsement will reflect well on your company. To hire Sue Bird now for any corporate appearance, fundraiser, motivational speaker event, personal appearance, autograph signing, or website endorsement please contact our celebrity agents at 1-877-6-SPORTS. We will contact Sue Bird or contact Sue Bird's agent and provide you with the booking fees and availability immediately upon your request. Direct Sportslink is the only sports speakers bureau and talent booking agency based in the United States securing only sports talent for corporations, associations, and organizations for motivational speaking engagements, personal appearances, and endorsements. We are the premier sports celebrity booking agency and a sports celebrity procurement expert. Accordingly, we will provide you with any relevant Sue Bird website information and booking agent details so that you can hire Sue Bird for your next event.

Bird gained renown while playing as the starting point guard for the University of Connecticut women's basketball team from 1998 to 2002, and led them to NCAA title championships in 2000 and 2002. While playing for the Huskies, Bird was feared most as a three-point shooter, and also at the free throw line, where she averaged over 90% of her free throws in her sophomore and senior seasons. At the conclusion of her college career, she was named the Naismith Award winner and College Player of the Year in 2002.

She was the first pick in the 2002 WNBA Draft to the Seattle Storm and was also the first point guard to be picked first in the league's history. In her rookie season, she led the Storm to their first playoff appearance, and was also named a starter to the WNBA Western Conference All-Star team, and was a member of the All-WNBA First team at the conclusion of the 2002 season. She was second in the team in scoring (14.4 ppg), led in assists (6 apg), steals (1.6 spg), and in three point shots (57). She and teammate Lauren Jackson form one of the league's most electric one-two punches, drawing frequent comparisons to the Utah Jazz's John Stockton and Karl Malone.

The Storm had a strong 2004 season that led them to the playoffs. In the 2004 WNBA playoffs, Sue Bird averaged 8.5 points and 5.3 assists and overcame a broken nose in the conference finals series to help the Storm win their first ever WNBA Championship.

Sue Bird is one of six women to receive a Gold Medal, NCAA championship, and a WNBA Championship. The others are Ruth Riley, Sheryl Swoopes, and fellow Huskies Swin Cash, Rebecca Lobo, and Kara Wolters.

Secure Sue Bird for Your Event

Based on your interest in Sue Bird as a speaker or for a personal appearance, Direct Sportslink has provided you additional links below for other sports talent with similar appearance fees, speaker topics, and categories that match Sue Bird.