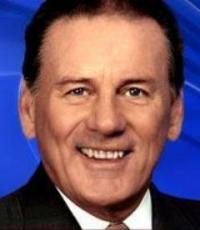 As one of 11 children of an Alliance, Ohio pipefitter, Dawson quickly showed his leadership ability, serving as team captain for Alliance (OH) High School's football, baseball and basketball teams.

Despite his status as a first round NFL draft pick, Dawson was unable to make an impact with the Pittsburgh Steelers. Following his rookie campaign, his status in the Steel City became even more tenuous when the Steelers acquired future Hall of Famer Bobby Layne. Failing to dislodge the colorful signal caller, Dawson was then traded to the Cleveland Browns on December 31, 1959.

After encountering similar problems in battling Browns' quarterback Milt Plum, Dawson was released, having completed only 21 passes for 204 yards and two touchdowns in his five seasons of NFL play. However, he soon found his calling when he signed with the American Football League's Dallas Texans on June 30, 1962. The move reunited him with Hank Stram, who was beginning his third year as the Texans' head coach.

In that first season, Dawson led the league in touchdowns and yards per attempt, and was The Sporting News' selection as the AFL MVP. He also led them that year to the first of three league titles in a thrilling double-overtime victory over the two-time defending champion Houston Oilers. Dawson ran a ball-control offense in the 17-14 win, and tossed a 28-yard touchdown pass to halfback Abner Haynes.

A pinpoint passer, Dawson's mobility helped him flourish in Stram's "movable pocket" offense. He would win four AFL passing titles and was selected as a league All-Star six times, ending the 10-year run of the league as its highest-rated career passer. From 1962 to 1969, Dawson threw more touchdown passes (182) then any other proffesional football quarterback during that time. In 1966, Dawson led the Chiefs to a, 11-2-1 record and a 31-7 win over the Buffalo Bills in the AFL championship game, earning his team the honor of representing the AFL in Super Bowl I, the first championship game between the AFL and their NFL rivals. The NFL champion Green Bay Packers won easily, 35-10, but Dawson had a fairly good performance in the game, completing 16 of 27 passes for 210 yards and a touchdown, with 1 interception.

While he threw for more than 2,000 yards in each of the previous seven campaigns, Dawson's 1969 season would be his most memorable by making a dramatic comeback from a knee injury suffered in the season's second game. The injury was first feared as season-ending, but after missing five games, Dawson went on to lead the Chiefs to road playoff victories over both the defending champion New York Jets and the Oakland Raiders.

He then capped his year with MVP accolades in Super Bowl IV, the last game ever played by an American Football League team. In the game, Dawson paced the Chiefs to a win over the NFL's heavily-favored Minnesota Vikings by completing 12 of 17 passes for 142 yards and a touchdown, with 1 interception, and rushing for 11 yards.

With the league's absorption into the National Football League in 1970, Dawson earned one final honor from the league as a member of the second team All-time All-AFL Team. He is also a member of the Chiefs' Hall of Fame and the Pro Football Hall of Fame. He would earn Pro Bowl honors following the 1971 NFL season, then ended his career in 1975, having completed 2,136 of 3,741 passes for 28,711 yards and 239 touchdowns, with 181 interceptions. He also gained 1,293 rushing yards and 9 touchdowns on the ground.

In 1987, Dawson was recognized for his play with the Chiefs with his induction into the Pro Football Hall of Fame.

Secure Len Dawson for Your Event

Based on your interest in Len Dawson as a speaker or for a personal appearance, Direct Sportslink has provided you additional links below for other sports talent with similar appearance fees, speaker topics, and categories that match Len Dawson.