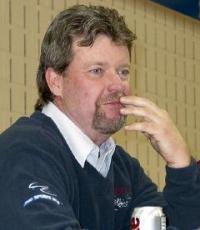 Sutcliffe broke into the majors in 1979. Considered a long shot to make the team in spring training, he went on to win 17 games for the Los Angeles Dodgers and was the first of four consecutive Rookies of the Year for the Dodgers from 1979-1982.

Sutcliffe won 31 games over the course of the next two seasons for Cleveland and led the American League in earned run average in 1982. In mid-1984, Cleveland traded Sutcliffe to the Chicago Cubs for Mel Hall and Joe Carter. Sutcliffe rebounded and won 16 games for the Cubs while losing only one, helping them to the division championship (their first championship of any kind since 1945) and won the Cy Young Award. He also finished fourth in the league MVP voting.

In 1987, he bounced back to win 18 games and finished second in the league's Cy Young voting.

In 1989, Sutcliffe won 16 games and made his final All-Star appearance. He also helped the Cubs to another division title, but the Cubs lost to the San Francisco Giants in the playoffs. He wound up his career with the St. Louis Cardinals in 1994, going 6-4 in an injury-plagued season. He retired with a career record of 171-139, with an ERA of 4.08.

After his retirement from baseball, Sutcliffe became a color commentator for ESPN and a minor-league pitching coach in the San Diego Padres system.

Secure Rick Sutcliffe for Your Event

Based on your interest in Rick Sutcliffe as a speaker or for a personal appearance, Direct Sportslink has provided you additional links below for other sports talent with similar appearance fees, speaker topics, and categories that match Rick Sutcliffe.