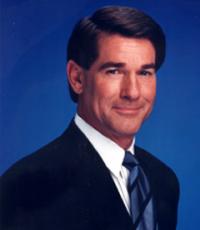 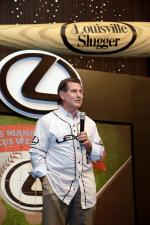 Lexus hired Direct Sportslink to secure a well known former major league baseball player who spent his career playing on the west coast for their west coast regional sales manager meeting. After reviewing several options, Lexus asked Direct Sportslink to secure Steve Garvey. Steve was the perfect choice, he kicked off the meeting with a few words followed by Q and A, and a meet and greet including photos and autographs for all guests. Please see the Steve Garvey testimonial below as an event summary. To hire Steve Garvey for any speaking engagement, personal appearance, or endorsement please contact a Direct Sportslink booking agent. We work directly with Steve for any type of appearance booking.

Steve Garvey definitely exceeded our expectations in every way!  He stayed afterwards and took photos and just hung out and visited with everyone.  What an amazing man!  Thank you for everything!

Compared by some to Lou Gehrig because of his good looks and quiet, courteous demeanor, Garvey set an NL record by playing in 1,207 consecutive games from September 3, 1975, until July 29, 1983.

A solid right-handed hitter and outstanding defensive first baseman, Garvey was named the league's most valuable player in 1974, when he batted .312 with 21 home runs and 111 RBI to help lead the Los Angeles Dodgers to a pennant. He hit .389 with 2 home runs and 5 RBI as the Dodgers beat the Pittsburgh Pirates 3 games to 1 in the league championship series, and he had a .381 average in their 5-game loss to the Oakland Athletics in the World Series.

The Dodgers traded him to the San Diego Padres in 1983 and he remained there until retiring after the 1987 season. Garvey had 200 or more hits 6 times, 20 or more home runs 6 times, and more than 100 RBI 5 times. He led NL first basemen in fielding percentage 5 times, setting a record in 1984, when he didn't make any errors.

Secure Steve Garvey for Your Event

Based on your interest in Steve Garvey as a speaker or for a personal appearance, Direct Sportslink has provided you additional links below for other sports talent with similar appearance fees, speaker topics, and categories that match Steve Garvey.