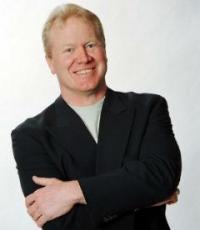 He played in six Pro Bowls and three Super Bowls; He is a member of the Denver Broncos Ring of Fame
Fee Range: $5,000 - $10,000
Secure Karl Mecklenburg
for Your Event

A former Denver Broncos captain and All-Pro, Karl Mecklenburg rose from being a college walk-on and a 12th round draft pick to a pro career that included six Pro Bowl and three Super Bowl appearances. Considered the NFL's most versatile player, Karl played all seven defensive front positions. Broncos' coaches wanted him at the point of attack and would move him throughout the game.  There were many games where Mecklenburg played all 7 positions in the course of a single game.

Since retiring from pro football in 1995, Karl divides his time between family, motivational speaking, and his ongoing charity involvements.  In 2001 Karl was inducted into the Denver Broncos Ring of Fame and the Colorado Sports Hall of Fame. He also serves on the Broncos Alumni Council.

Karl has spoken to a variety of groups over the years, and his story is both humorous and inspirational. The lessons life in the NFL taught him about teamwork, courage, dedication, desire, honesty and forgiveness, and goal setting can be applied anywhere. He has hosted a radio program, done television sideline reporting and studio work, and written columns for the Denver Post.

Secure Karl Mecklenburg for Your Event

Based on your interest in Karl Mecklenburg as a speaker or for a personal appearance, Direct Sportslink has provided you additional links below for other sports talent with similar appearance fees, speaker topics, and categories that match Karl Mecklenburg.