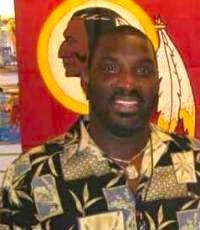 He was the starting quarterback and MVP for the XXII Super Bowl Champion Washington Redskins
Fee Range: $5,000 - $10,000
Secure Doug Williams
for Your Event 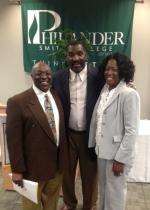 Williams was the 17th overall pick of the 1978 draft, chosen by the Tampa Bay Buccaneers. He led them to three playoff appearances and one NFC title game from 1978 to 1982. After leaving the NFL, Williams returned, joining the Washington Redskins at the behest of Redskins coach Joe Gibbs, who had been the quarterbacks coach at Tampa Bay when Williams was there.

His throwback jersey remains one of the most popular jerseys sold by the Washington Redskins.

After retiring from the NFL, Williams became the head football coach at Grambling State University in 1998, succeeding the legendary Eddie Robinson. He led the Tigers to 3 consecutive Southwestern Athletic Conference titles from 2000-2002, before leaving to rejoin the Tampa Bay Buccaneers as a personnel executive until 2008. In 2009, WIlliams became the Coordinator of Pro Scouting for the Bucs. The following year, he left the Bucs to become the General Manager of the Virginia Destroyers. In 2011, he resigned from the Destroyers to begin his second stint as the Head Football Coach at Grambling University. Doug Williams Official Website for appearances, speaking engagements, agent contact and booking fees.

Secure Doug Williams for Your Event

Based on your interest in Doug Williams as a speaker or for a personal appearance, Direct Sportslink has provided you additional links below for other sports talent with similar appearance fees, speaker topics, and categories that match Doug Williams.