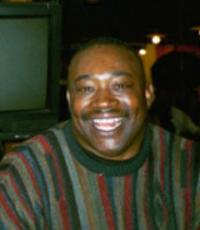 He won the Heisman Trophy in 1980; He is a member of the College Football Hall of Fame and New Orleans Saints Hall of Fame
Fee Range: $5,000 - $10,000
Secure George Rogers
for Your Event

Rogers had his number "38" retired duing halftime ceremonies at Carolina's final 1980 home game. He was the first USC player to have his jersey retired while still active at the school. Rogers left the Gamecock football program as its most successful running back.

While the college honors were numerous, Rogers got one of the ultimate honors in football when the New Orleans Saints made him the first pick overall in the 1981 NFL draft. In his first season, Rogers lead the league in rushing with 1,647 yards, which set a high for rookies at that time. He was selected as the NFL Rookie of the Year for 1981 and earned a trip to the Pro Bowl.

Rogers would spend his first four seasons in New Orleans, and his running ability is credited with bringing the 'Aints out of its perennial cellar. He played alongside quarterback Archie Manning in 1981 and eventually running back Earl Campbell, who was brought in during the 1984 season.

Rogers would play only three more seasons, all for the Washington Redskins. When he arrived in Washington, Hall of Fame running back John Riggins was ending his professional career, while coach Joe Gibbs was trying to bring the Redskins back to glory. Rogers had some of his biggest professional success in Washington, including another trip to the Pro Bowl and a Super Bowl title on January 31, 1988. Rogers, retired from the NFL having rushed for 7,176 yards with 54 touchdowns in a mere seven seasons.

In 1992, Rogers was named to the All-Century Team at USC. He holds memberships in the University of South Carolina Athletic Hall of Fame, the Georgia Sports Hall of Fame, and the New Orleans Saints Hall of Fame. In 1997, he received the honor of being inducted into the National Football Foundation and College Football Hall of Fame. Also, the road that runs along the north end of Williams-Brice Stadium was renamed in his honor and is now known as George Rogers Boulevard.

Secure George Rogers for Your Event

Based on your interest in George Rogers as a speaker or for a personal appearance, Direct Sportslink has provided you additional links below for other sports talent with similar appearance fees, speaker topics, and categories that match George Rogers.