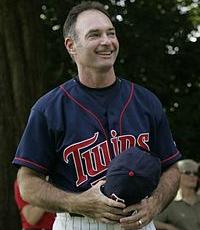 Nicknamed "Molly" and "The Ignitor", during his 21-year baseball career, Molitor played for the Milwaukee Brewers (1978–1992), Toronto Blue Jays (1993–1995), and Minnesota Twins (1996–1998). In 2004, he was elected to the Hall of Fame in his first year of eligibility, becoming one of the first players who spent a significant portion of his career as a designated hitter to be enshrined. He was known for his exceptional hitting and speed.

On June 11, 1999, the Brewers retired Molitor's uniform number 4. During the ceremony at Milwaukee County Stadium, Molitor announced that if he went into the Hall of Fame, he would do so as a Brewer. On January 6, 2004, he was elected to the Hall in his first year of eligibility, with 85.2% of the votes. True to his word, he joined the only Hall of Famers with a Brewers' cap. At the time of his induction, Molitor was the hitting coach for the Seattle Mariners.

In 1999, Molitor ranked No. 99 on The Sporting News' list of the 100 Greatest Baseball Players, and he was nominated as a finalist for the Major League Baseball All-Century Team. Molitor was elected to the Wisconsin Athletic Hall of Fame in 1999.

Molitor is one of a few players in major league history with at least 3,000 hits, a .300 lifetime batting average, and 500 stolen bases. Molitor is the first player ever to accomplish those feats and hit at least 200 home runs. Molitor is also the first player in World Series history to have at least two home runs, two doubles, and two triples in one series (1993).

Secure Paul Molitor for Your Event

Based on your interest in Paul Molitor as a speaker or for a personal appearance, Direct Sportslink has provided you additional links below for other sports talent with similar appearance fees, speaker topics, and categories that match Paul Molitor.