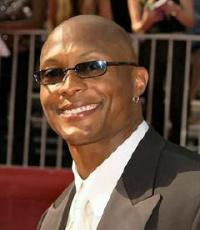 He won the Heisman Trophy and Maxwell Award in 1995; He is one of the most popular players to play for the Tennesee Titans
Fee Range: $30,000 - $40,000
Secure Eddie George
for Your Event

George, is a former running back in the NFL. He played for the Tennessee Titans both in Tennessee and in Houston when the franchise was known as the Houston Oilers, and spent his final season with the Dallas Cowboys.

After attending Fork Union Military Academy in Virginia, George starred at Ohio State University. He won the Heisman Trophy and the Maxwell Award in 1995. Following the season, he was the first-round draft selection of the Houston Oilers (now the Tennessee Titans).

George won the NFL Rookie of the Year award in 1996, and was the Titans' starting tailback until 2003, never missing a start due to injury. His career totals include 10,441 rushing yards, 68 rushing touchdowns, and 10 receiving touchdowns.

He was inducted in the College Football Hall of Fame in 2011.

Secure Eddie George for Your Event

Based on your interest in Eddie George as a speaker or for a personal appearance, Direct Sportslink has provided you additional links below for other sports talent with similar appearance fees, speaker topics, and categories that match Eddie George.