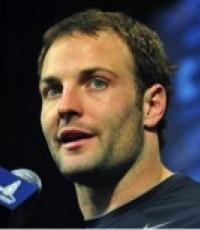 He has been named to numerous Pro Bowls; He was named the New England Patriots 12th Player Award (2007)
Fee Range: Contact Us
Secure Wes Welker
for Your Event

Welker played college football for Texas Tech University and was signed by the San Diego Chargers as an undrafted free agent. He later played for the Miami Dolphins and the New England Patriots.

Despite being undrafted, Welker has had a successful career. At the time Welker left the Dolphins, he helds the Dolphins' all-time records for total kickoff returns, kickoff return yardage, and total punt returns. As a Patriot, Welker led the league in receptions in 2007, 2009, and 2011. Welker, who had three consecutive 110-reception seasons, is the first receiver in NFL history with at least three 110-reception seasons, and the first with five 100-reception seasons. Welker was selected to the Pro Bowl, the All-Pro Team, or both, in every season of his Patriots career.

In 2007 Welker established the 83 Foundation, later renamed the Wes Welker Foundation in December 2009. Its goal is to influence at-risk youth, by encouraging their full potential through athletics and positive role models. Its work primarily benefits schools and other organizations in Welker's hometown of Oklahoma City.

In March of 2013, he signed to play with the Denver Broncos.
Secure Wes Welker for Your Event

Based on your interest in Wes Welker as a speaker or for a personal appearance, Direct Sportslink has provided you additional links below for other sports talent with similar appearance fees, speaker topics, and categories that match Wes Welker.