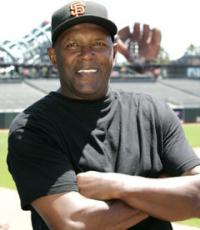 A Vida Blue personal appearance, Vida Blue speaking engagement, or Vida Blue endorsement will reflect well on your company. To hire Vida Blue now for any corporate appearance, fundraiser, motivational speaker event, personal appearance, autograph signing, or website endorsement please contact our celebrity agents at 1-877-6-SPORTS. We will contact Vida Blue or contact Vida Blue's agent and provide you with the booking fees and availability immediately upon your request. Direct Sportslink is the only sports speakers bureau and talent booking agency based in the United States securing only sports talent for corporations, associations, and organizations for motivational speaking engagements, personal appearances, and endorsements. We are the premier sports celebrity booking agency and a sports celebrity procurement expert. Accordingly, we will provide you with any relevant Vida Blue website information and booking agent details so that you can hire Vida Blue for your next event.

Baseball historian Bill James cited Blue to be the hardest-throwing lefty, and the second hardest thrower of his era, finishing only behind Nolan Ryan.

Blue won 20 games in 1973 as he led the Athletics to the World Championship that year.

Blue also made a name and career after baseball for himself in the San Francisco Bay Area by donating his time to many charitable causes, mostly promoting baseball in the inner city.

Secure Vida Blue for Your Event

Based on your interest in Vida Blue as a speaker or for a personal appearance, Direct Sportslink has provided you additional links below for other sports talent with similar appearance fees, speaker topics, and categories that match Vida Blue.