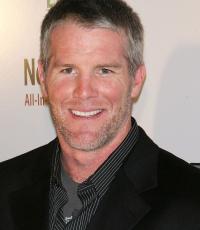 He led the Green Bay Packers to Super Bowl XXXI victory; He was an 11 time Pro Bowl selection; He won three consecutive NFL MVPs from 1995-1997
Fee Range: Contact Us
Secure Brett Favre
for Your Event

Favre started at the quarterback position for the University of Southern Mississippi for four years before being selected in the second round of the 1991 NFL Draft by Atlanta (33rd overall). He was traded to Green Bay on February 10, 1992, for the 19th pick in the 1992 NFL Draft.

He is also referred to by his nickname "The Gunslinger". He officially retired on January 17, 2011. In 2012, Favre became an assistant coach for Oak Grove High School.

Secure Brett Favre for Your Event

Based on your interest in Brett Favre as a speaker or for a personal appearance, Direct Sportslink has provided you additional links below for other sports talent with similar appearance fees, speaker topics, and categories that match Brett Favre.