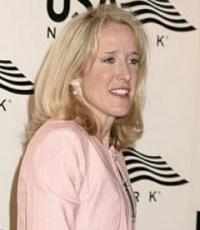 She is a member of the International Tennis Hall of Fame; She is the youngest female to ever win the U.S. Open Tennis Championship
Fee Range: Contact Us
Secure Tracy Austin
for Your Event

The winner of a record 25 national junior titles, Austin was a prodigy whose career ended prematurely, probably because she undertook a grueling schedule at an early age.

At fourteen, she became the youngest player ever to enter Wimbledon and the U. S. Open and the youngest to be ranked among the top ten U. S. players.

In 1978, she was ranked among the top ten in the world and she became the youngest woman ever to represent the U. S. in Wightman and Federation Cup play. Austin was named female athlete of the year by Associated Press in 1979, when she won the  U. S. Open at sixteen years and nine months, another "youngest" record. She had earlier won the Italian Open, breaking Chris Evert's string of 125 consecutive victories on clay courts.

The following year, Austin and her brother John became the only siblings to win the Wimbledon mixed doubles title. But her physical problems began that year with back pain caused by sciatic nerve damage. She couldn't play for eight months, yet she returned to beat Martina Navratilova in the final of the 1981 U. S. Open. After losing the first set 6-1, she won 7-6 tie-breakers in the next two sets and was again named Associated Press female athlete of the year.

Her back began to bother her again late in 1982 and she then suffered a shoulder injury. The accumulating injuries forced her to announced her retirement in June of 1983.

Secure Tracy Austin for Your Event

Based on your interest in Tracy Austin as a speaker or for a personal appearance, Direct Sportslink has provided you additional links below for other sports talent with similar appearance fees, speaker topics, and categories that match Tracy Austin.