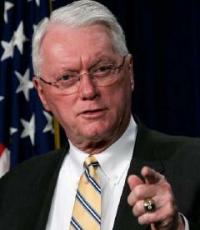 Remembered most for his role in the pennant race of 1964, Bunning pitched his first no-hitter on July 20, 1958, for the Detroit Tigers against the Boston Red Sox. His second, for the Philadelphia Phillies, was a perfect game, which came against the New York Mets on June 21, 1964, Father's Day. Bunning's perfect game was the first in the National League in 84 years. He is one of only five players to throw a no-hitter in both leagues. He played in the All-Star Games in 1957, 1959, every year from 1961 through 1964, and in 1966.

On August 2, 1959, Bunning struck out three batters on nine pitches in the ninth inning of a 5-4 loss to the Boston Red Sox. Bunning became the fifth American League pitcher and the 10th pitcher in Major League history to accomplish the nine-pitch/three-strikeout half-inning.

First elected to office in 1977, Bunning served two years on the city council of Fort Thomas, Kentucky before running for and winning a seat in the Kentucky Senate as a Republican. He was elected minority leader by his Republican colleagues, a rare feat for a freshman legislator. Bunning was also the Republican candidate for governor in 1983.

In 1996 he was elected to the Baseball Hall of Fame via the Veterans Committee. Bunning has received the most votes cast by the BBWAA during the course of all players' Hall of Fame eligibility periods, collecting well over 3,000 votes.

Secure Jim Bunning for Your Event

Based on your interest in Jim Bunning as a speaker or for a personal appearance, Direct Sportslink has provided you additional links below for other sports talent with similar appearance fees, speaker topics, and categories that match Jim Bunning.