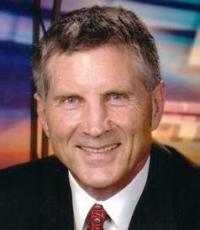 Prior to his first head coaching assignment in college at Georgia Tech, Curry spent three seasons in the NFL (1977-79) as an assistant coach to Bart Starr and the Green Bay Packers.

Curry played pro football from 1965 to '74 with the Green Bay Packers (under the legendary Vince Lombardi), Houston Oilers, Baltimore Colts and Los Angeles Rams, and was an All-Pro center with the Colts in 1971 and '72.

A 1965 Georgia Tech graduate with a degree in industrial management, Curry also starred for the Yellow Jackets football squad from 1963-64.

On June 11, 2008, Curry was chosen as Georgia State's first head football coach and they played their first season in 2010.

Secure Bill Curry for Your Event

Based on your interest in Bill Curry as a speaker or for a personal appearance, Direct Sportslink has provided you additional links below for other sports talent with similar appearance fees, speaker topics, and categories that match Bill Curry.