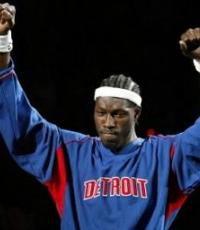 Nicknamed "Big Ben," Wallace has gained great notoriety in the Detroit area and nationwide, and fans often arrived at his games sporting wigs in honor of his trademark afro hairstyle.

Starting his career with the Wizards and Magic, he spent four years with them before joining the Pistons. After six years with Detroit, Wallace signed with the Bulls and Cavs before again returning to the Pistons in 2009. Wallace announced he would retire after the 2012 season.

Secure Ben Wallace for Your Event

Based on your interest in Ben Wallace as a speaker or for a personal appearance, Direct Sportslink has provided you additional links below for other sports talent with similar appearance fees, speaker topics, and categories that match Ben Wallace.