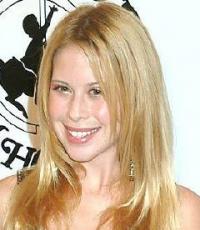 She is the youngest individual gold medalist (age 15) in the history of the Olympic Games
Fee Range: $10,000 - $20,000
Secure Tara Lipinski
for Your Event

Lipinski first came to national prominence when she won the 1994 U.S. Olympic Festival competition, which at the time was a junior-level competition. Later that season she placed 4th at the 1995 World Junior Championships and 2nd in the junior level at the 1995 U.S. Figure Skating Championships. Already, by that time, Lipinski was the subject of a great deal of media attention.

In 1997 Lipinski somewhat unexpectedly won both the U.S. and World Championships. She is the youngest person ever to win either of those titles, at the age of 14. At the 1996 U.S. Postal Challenge, Lipinski became the first female skater to land a triple loop/triple loop jump combination, which became her signature element.

The year before her Olympic win, the U.S. Olympic Committee named Lipinski the 1997 Female Athlete of the Year. Lipinski is particularly proud of the recognition she has received from fans. In 1999 and 2000 she was voted Best Female Athlete at the Nickelodeon Kids' Choice Awards. In 1999, she won Best Female Athlete at the inaugural Fox Teen Choice Awards. She received similar awards from Teen People and Teen magazine. She has been recognized by the American Academy of Achievement, the Hugh O'Brien Youth Leadership Foundation and many other organization. In 2006, Lipinski was inducted into the United States Figure Skating Hall of Fame.

Secure Tara Lipinski for Your Event

Based on your interest in Tara Lipinski as a speaker or for a personal appearance, Direct Sportslink has provided you additional links below for other sports talent with similar appearance fees, speaker topics, and categories that match Tara Lipinski.