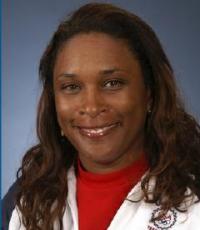 She was a women's doubles Gold Medalist at the 1988 Olympic Games; During her career, she won 14 top-level singles titles and 20 doubles titles
Fee Range: $5,000 - $10,000
Secure Zina Garrison
for Your Event 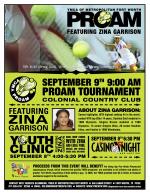 Direct Sportslink secured tennis legend Zina Garrison for a fun filled afternoon of tennis camps and clinics for young children. Zina's appearance was well received and a bright spot in the day for the kids. The day was concluded by a popular casino night fundraising event in the evening. To hire Zina Garrison for a tennis camp or tennis clinic please contact a Direct Sportslink tennis celebrity booking agent.

Garrison is a former professional tennis player who was a women's singles runner-up at Wimbledon in 1990, a three-time Grand Slam mixed doubles champion, and a women's doubles Gold Medalist at the 1988 Olympic Games.

Her success as a junior player quickly made the tennis world take notice. At the age of 14 she won the national girls' 18s title. And then in 1981, she won both the Wimbledon and US Open junior titles and was ranked the World No. 1 junior player.

In her first few years on the tour Garrison enjoyed notable success on-court. She reached the Australian Open semi-finals in her first full year on the tour - 1983 - and finished the year ranked the World No. 10. She won her first top-level singles titles in 1984 at the European Indoor Championships in Zurich. She was a Wimbledon semi-finalist in 1985, and in 1986 she won her first tour doubles at the Canadian Open (partnering Gabriela Sabatini). At the Australian Open in 1987, Garrison won the mixed doubles (partnering Sherwood Stewart) and finished runner-up in the women's doubles (partnering Lori McNeil). A year later, Garrison and Stewart captured the mixed doubles title at Wimbledon.

At the 1988 Olympic Games in Seoul, Garrison teamed with Pam Shriver to win the women's doubles Gold Medal for the United States, defeating Jana Novotná and Helena Suková of Czechoslovakia in the final 4-6, 6-2, 10-8. And Garrison defeated Shriver in the quarter-finals of the singles event, where she won a Bronze Medal.

The highlight of Garrison's career came in 1990 at Wimbledon. She defeated the French Open champion Monica Seles in the quarter-finals and the defending Wimbledon champion and World No. 1 Steffi Graf in the semi-finals to reach her first (and only) Grand Slam singles final. There she faced Martina Navrátilová who was gunning for a record ninth women's singles title at Wimbledon, and lost 6-4, 6-1. However Garrison claimed her third Grand Slam mixed doubles title at Wimbledon that year (partnering Rick Leach).

Garrison retired from the professional tour in 1996. During her career, she won 14 top-level singles titles and 20 doubles titles.

Since retiring from the tour, Garrison has worked as a television commentator and maintained active roles in the community and in tennis. She founded the Zina Garrison Foundation for the Homeless in 1988, and the Zina Garrison All-Court Tennis Program, which supports inner-city tennis in Houston, in 1992. She has also served as a member of the United States President's Council on Physical Fitness and Sports.

Secure Zina Garrison for Your Event

Based on your interest in Zina Garrison as a speaker or for a personal appearance, Direct Sportslink has provided you additional links below for other sports talent with similar appearance fees, speaker topics, and categories that match Zina Garrison.