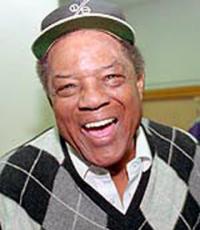 He is often mentioned as the greatest living baseball player; He was elected to the Basbeball Hall of Fame in his first year of eligibility
Fee Range: $50,000 - $75,000
Secure Willie Mays
for Your Event

Mays, nicknamed "The Say Hey Kid", played center field throughout nearly all his career. He is regarded as one of the finest players ever to have played the game and is often mentioned as the greatest living baseball player. The epitome of the five-tool player, he was elected to the Baseball Hall of Fame in his first year of eligibility, in 1979.

Mays was a tremendous athlete, and every facet of the game seemed to come naturally to him. He could hit for both average and power, finishing his career with a batting average of .302, 660 home runs and 1903 runs batted in. He is among the few players to have hit more than 50 home runs in each of two or more seasons. He is the player with the longest time elapsed between 50+ homer seasons, hitting 50 or more in both 1955 and 1965. Unlike some of the game's greatest hitters, Mays was also an outstanding defensive player. After their introduction in 1957, he won 12 consecutive Gold Glove Awards for his outfield defense and gained a reputation for making catches that no other player could. He was also an excellent baserunner, swiping 339 bags in his career, making him one of the few members of the 300-300 club. He was also the second member of the 30-30 club for stealing 30 bases and hitting 30 home runs in the same season, a feat he accomplished twice.

Mays' number 24 is retired by the San Francisco Giants. Their home ballpark, SBC Park, is located at 24 Willie Mays Plaza with a larger-than-life statue of Mays in front of the main entrance, surrounded by 24 palm trees, and the right-field wall is 24-feet high, all in honor of Mays.

Mays is the godfather of baseball star Barry Bonds. They share a close bond, and when Bonds tied Mays at third on the all time home run list, Mays greeted him warmly and presented him with a diamond-studded Olympic torch given to Mays for his part in carrying the Olympic Torch on its tour through the US.

Secure Willie Mays for Your Event

Based on your interest in Willie Mays as a speaker or for a personal appearance, Direct Sportslink has provided you additional links below for other sports talent with similar appearance fees, speaker topics, and categories that match Willie Mays.