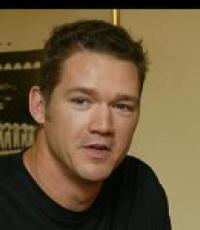 Drafted by the Philadelphia Phillies in the 2nd round of the 1993 amateur draft, Rolen reached the majors in 1996. In the next season, he was named National League Rookie of the Year. In 1998 he won his first Gold Glove award.

In 1999, Rolen created The Enis Furley Foundation, wanting to help children and their families who struggle with illness, hardship, or other special needs. The scope of the foundation was intentionally left broad to give the flexibility to respond to a wide range of personal circumstances. Externally, the Enis Furley Foundation is active in community outreach programs, "Hot Corner Kids", and the construction of outdoor retreats, such as "Camp Emma Lou". Rolen's goals for his charity efforts are simple "To have fun, have a blast. Let's play."

On July 29, 2002, Philadelphia traded Rolen to the St. Louis Cardinals. Rolen's 2004 season was arguably one of his best. For much of the season, he led the National League in RBIs, often ranked among the league leaders in most offensive statistics, and had the highest vote total of any player for the All-Star Game. Despite being injured for the last stretch of the season, he finished the year with a career-high .314 batting average, 34 home runs, and 124 RBIs. He finished fourth in the National League MVP voting.

Rolen finally returned to full-time duties in 2006 after a year of injuries in 2005, in which Rolen was one of six nominees for the 2006 National League Comeback Player of the Year award. He finished 2006 hitting .292, hitting 22 home runs and 95 RBI. Rolen and the Cardinals won the 2006 World Series over the Detroit Tigers. On January 14, 2008 the Cardinals traded Rolen to the Blue Jays.

On July 31, 2009, Rolen was traded to the Cincinnati Reds. During the 2010 season, Rolen regularly started at third. His performance helped the Reds win the Central Division that year, their first division championship in 15 seasons. Rolen also won his eighth Gold Glove as a member of the Reds, the third team with which he received the award. On June 15, 2011, he became the third third baseman ever to have 2,000 hits, 500 doubles, 300 home runs, and 1,200 RBI.

Secure Scott Rolen for Your Event

Based on your interest in Scott Rolen as a speaker or for a personal appearance, Direct Sportslink has provided you additional links below for other sports talent with similar appearance fees, speaker topics, and categories that match Scott Rolen.