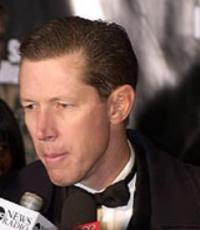 Nicknamed the "Bulldog" by Tommy Lasorda, his long-time manager with the NL's Los Angeles Dodgers, Hershiser demonstrated toughness throughout his career, as the nickname suggests.

He won the league's Cy Young Award and was named male athlete of the year by the Associated Press in 1988, when he led the NL in victories with a 23-8 record, in complete games with 15, in shutouts with 8, and in innings pitched with 267.

In 1995, Hershiser joined the Cleveland Indians as a free agent. He had a fine 16-6 record to help the Indians get into the playoffs, and he was named MVP of the American League Championship Series, in which he had two victories and an ERA of 1.29.

After winning a total of 29 games over the next two seasons with the Indians, he was 11-10 with the San Francisco Giants in 1998 and 13-12 with the New York Mets in 1999. Hershiser then rejoined the Dodgers for a brief stint in 2000, but he retired before the season ended. After his playing career, he has spent much of the time as a basbeall analyst on radio and television.

Secure Orel Hershiser for Your Event

Based on your interest in Orel Hershiser as a speaker or for a personal appearance, Direct Sportslink has provided you additional links below for other sports talent with similar appearance fees, speaker topics, and categories that match Orel Hershiser.