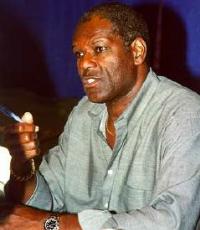 He is a member of the Baseball Hall of Fame; He is widely regarded as one of the best professional baseball pitcher's ever
Fee Range: $10,000 - $20,000
Secure Bob Gibson
for Your Event

Playing for the St. Louis Cardinals, Gibson had one of the greatest seasons ever for a pitcher in 1968. He set a major league record with a 1.12 ERA, had 13 shutouts in a 22-9 season and led the NL in strikeouts with 268 in 304 innings while walking only 62. He won the NL's Cy Young and most valuable player awards.

After his incredible 1968 season, Gibson won the first and fourth games of the World Series against the Detroit Tigers, setting a record of 7 consecutive series wins. Gibson also broke his own record with 35 strikeouts, but he lost the seventh game 4-1, in part because of a misplayed fly ball that led to 3 Detroit runs.

Secure Bob Gibson for Your Event

Based on your interest in Bob Gibson as a speaker or for a personal appearance, Direct Sportslink has provided you additional links below for other sports talent with similar appearance fees, speaker topics, and categories that match Bob Gibson.