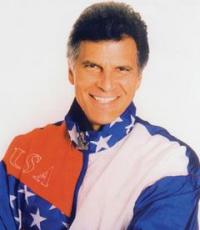 Mark is a highly requested public speaker throughout the world having executed endorsements for Xerox, Kodak, Bausch & Lomb, John Hancock Financial Services, General Motors, General Mills, Swatch and many others. He has done many commericial shoots inluding a advertisment for Lear Capital in 2011 and Ageless Male in 2012.

His Speaking Topics include:

- Olympic Dream & Spirit
- World Events, 1972-Current
- What Makes A Champion
- The Olympic Champion Within Everyone

The following are some of his athletic accomplishments:

Secure Mark Spitz for Your Event

Based on your interest in Mark Spitz as a speaker or for a personal appearance, Direct Sportslink has provided you additional links below for other sports talent with similar appearance fees, speaker topics, and categories that match Mark Spitz.