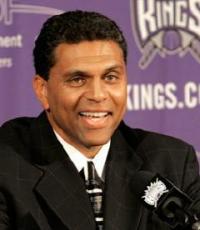 As a sophomore, Theus helped lead UNLV into the national spotlight as the Rebels went 29-3, advancing to the school's first Final Four in Atlanta, Ga. As a junior, Reggie was named a second team All-American after averaging 18.9 points, 6.8 rebounds and 4.5 assists per game. In 1989, Theus was inducted into the UNLV Athletic Hall of Fame and in 1997 he became the sixth player in school history to have his jersey retired by the Rebels.

After attending UNLV and having a successful college career, Theus was selected by the Chicago Bulls with the 9th pick of the 1978 NBA Draft. Theus averaged 16.3 points per game during his first season and was the runner-up for the 1979 NBA Rookie of the Year Award. He garnered the nickname "Rush Street Reggie" while playing in Chicago for owning an apartment on that street. He followed his stellar rookie campaign with a strong sophomore season, in which he averaged 20.2 points and 6.3 assists for the Bulls.

In 1981, Theus appeared in his first All-Star Game; he appeared again in 1983, during a season in which he averaged a career high 23.8 points per game. Theus was the second player in league history listed at 6 ft 6 or taller to tally more than 750 assists in an NBA season, the other player is NBA legend Magic Johnson.

In 2005, Reggie Theus was hired by the New Mexico State Aggies as the head coach of the men's basketball team after the retirement of legendary head coach Lou Henson; whereby Theus brought the team back to national recognition, including an NCAA Tournament appearance.

On June 19, 2007, Reggie Theus was hired by Sacramento Kings as the new head coach. From 2009-2011, Theus was an assitant on the Minnesota Timberwolves staff. He has also been an analyst for Turner Studios and the Los Angeles Lakers during his years.

Secure Reggie Theus for Your Event

Based on your interest in Reggie Theus as a speaker or for a personal appearance, Direct Sportslink has provided you additional links below for other sports talent with similar appearance fees, speaker topics, and categories that match Reggie Theus.