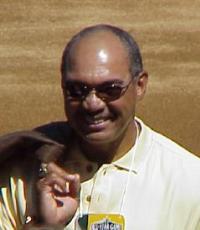 Known to many as Mr. October, he is one of the most famous baseball players of all-time; He is a member of the Baseball Hall of Fame
Fee Range: $40,000 - $50,000
Secure Reggie Jackson
for Your Event

Jackson was the second selection in baseball's 1966 amateur draft, chosen by the Kansas City Athletics. He hit 47 home runs in 1969, and was briefly ahead of the pace that Roger Maris set when he broke the single-season record for home runs with 61 in 1961, and that of Babe Ruth when he set the previous record of 60 in 1927. Jackson later said that the sportswriters were claiming he was "dating a lady named 'Ruth Maris.'"

Jackson became the first player to win the World Series MVP award (named for Babe Ruth, the only other player to his three home runs in a World Series game) for two different teams. In 27 World Series games, he amassed 10 home runs, including five in a row during the 1977 Series (three of them on consecutive pitches), 24 RBI and a .357 batting average.

Jackson played 21 seasons and reached the postseason in 11 of them, winning six pennants and five World Series. His accomplishments include winning the both the regular-season and World Series MVP awards in 1973, hitting 563 career home runs (sixth all-time at the time of his retirement), maintaining a .490 career slugging percentage, being named to 14 All-Star teams, and the dubious distinction of being the all-time leader in strikeouts with 2,597.

Jackson usually appears in uniform at the Yankees' current spring training complex in Tampa, Florida. The Yankees retired his uniform number 44 on August 14, 1993, shortly after his induction into the Baseball Hall of Fame. The Athletics retired his number 9 on May 22, 2004.

In 1999, Jackson placed 48th on The Sporting News' list of "The 100 Greatest Baseball Players." That same year, he was named one of 100 finalists for the Major League Baseball All-Century Team, but was not one of the 30 players chosen by the fans.

Secure Reggie Jackson for Your Event

Based on your interest in Reggie Jackson as a speaker or for a personal appearance, Direct Sportslink has provided you additional links below for other sports talent with similar appearance fees, speaker topics, and categories that match Reggie Jackson.