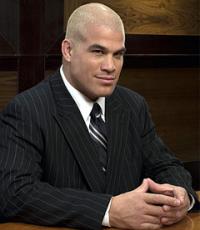 As a UFC Light Heavyweight Champion, from April 14, 2000 to September 26, 2003, Ortiz emerged as one of the sport's biggest stars, becoming the biggest pay-per-view draw of 2006 and appearing on the covers of various magazines.

On July 7, 2012, Ortiz became the ninth inductee into the UFC Hall of Fame. Tito has written a book called "THIS IS GONNA HURT - The Life of a Mixed Martial Arts champion".

Secure Tito Ortiz for Your Event

Based on your interest in Tito Ortiz as a speaker or for a personal appearance, Direct Sportslink has provided you additional links below for other sports talent with similar appearance fees, speaker topics, and categories that match Tito Ortiz.