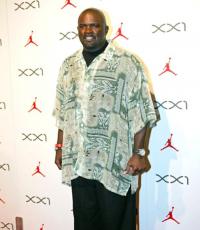 He is one of the greatest players to ever play in the NFL; He was a key member of two New York Giants Super Bowl Championship teams; He is a member of the Pro Football Hall of Fame
Fee Range: $10,000 - $20,000
Secure Lawrence Taylor
for Your Event

After an All-American career at the University of North Carolina (UNC), Lawrence Taylor was drafted by the Giants with the second overall selection in the 1981 NFL Draft. Throughout the 1980s and early 1990s, Taylor was a disruptive force at outside linebacker, and is widely considered to have changed the pass rushing schemes, offensive line play, and offensive formations used in the NFL. Taylor produced double-digit sacks seasons consecutively from 1984 through 1990, including a career high of 20.5 in 1986. He also won three Defensive Player of the Year awards and was named the league's Most Valuable Player (MVP) for his performance in the 1986 season. He was named first-team All-Pro in each of his first nine seasons and was a key member of the Giants' defense, nicknamed "The Big Blue Wrecking Crew", that led New York to Super Bowl XXI and XXV victories.

In 1986 Taylor had one of the most successful seasons by a defensive player in the history of the NFL. Taylor recorded a league-leading 20.5 sacks and became the second defensive players to win the NFL Most Valuable Player award and be a consensus MVP. In addition, Taylor won the Defensive Player of the Year Award. The Giants finished the season 14-2 and dominated their opposition in the NFC playoffs, beating San Francisco and Washington by a combined score of 66-3. Taylor appeared on the cover of Sports Illustrated alone the week leading up to Super Bowl XXI with a warning from the magazine to the Denver Broncos regarding Taylor. In Super Bowl XXI, after overcoming a slow start, the Giants cruised past the Denver Broncos 39-20.

After his retirment from football, Taylor was an analyst for many shows and appeared on several television shows and movies. He was inducted into the Pro Football Hall of Fame in 1999. In 2009, he appeared on season eight of Dancing With The Stars.

Secure Lawrence Taylor for Your Event

Based on your interest in Lawrence Taylor as a speaker or for a personal appearance, Direct Sportslink has provided you additional links below for other sports talent with similar appearance fees, speaker topics, and categories that match Lawrence Taylor.