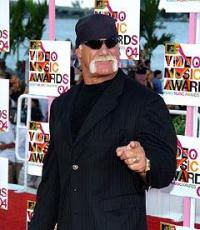 During his 1980's heyday wrestling for the World Wrestling Federation he became one of the highest-drawing, most popular wrestlers in the history of the business.

Hogan is now officially recognized as a fourteen-time world heavyweight champion, since his two American Wrestling Association title reigns were validated in April 2005. His loyal fans are referred to as "Hulkamaniacs." Hulk Hogan was also the spokesperson for the Legends of Wrestling video game.

WrestleMania III, held on March 29, 1987 at the Pontiac Silverdome in Pontiac, Michigan, set a North American indoor attendance record for any sporting event. A crowd of 93,173 fans witnessed Hogan successfully defend the WWF World Heavyweight Championship against André the Giant. The match would become the most famous of Hogan's career, one which saw Hogan bodyslam the 520-pound Frenchman before pinning his shoulders to the mat. The match was considered as being a "passing of the torch" between one of the biggest stars in wrestling of the 1970s, André, and the biggest star in wrestling of the 1980s, Hogan.

Hogan was inducted by Sylvester Stallone, into the WWE Hall of Fame on April 2, 2005.

WWE Hall of Famer Gorilla Monsoon encapsulated Hogan's career with the words: "They broke the mold when they made this man! There will never be another Hulkster in the history of our great sport."

Secure Hulk Hogan for Your Event

Based on your interest in Hulk Hogan as a speaker or for a personal appearance, Direct Sportslink has provided you additional links below for other sports talent with similar appearance fees, speaker topics, and categories that match Hulk Hogan.