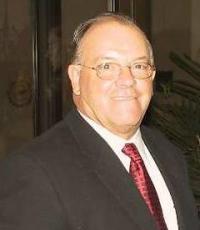 He is considered one of the greatest coaches in NHL history and won a record 9 Stanley Cups
Fee Range: $10,000 - $20,000
Secure Scotty Bowman
for Your Event

Bowman became the league's most successful coach over his 30 years of coaching with 1,244 wins in the regular season and 223 in the playoffs.

Bowman decided in February 2002 that he would retire at the end of the season and he went out as a winner as his Red Wings won the Stanley Cup by defeating the Carolina Hurricanes 4-1. It was after the presentation of the Cup on the ice that Bowman publicly announced his retirement from coaching.

In 2012, he was made an Officer of the Order of Canada" for his contributions to hockey as a coach and mentor".

Secure Scotty Bowman for Your Event

Based on your interest in Scotty Bowman as a speaker or for a personal appearance, Direct Sportslink has provided you additional links below for other sports talent with similar appearance fees, speaker topics, and categories that match Scotty Bowman.