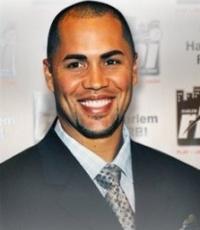 He is a highly decorated center fielder who can hit for power, steal bases, and has won several Gold Gloves for his fielding
Fee Range: $30,000 - $40,000
Secure Carlos Beltran
for Your Event

Beltrán's performance with the New York Mets in 2006 secured him a spot in the 2006 All-Star Game, his third. Also in 2006, Beltrán's 41 home runs tied the Mets' single season record for homers, matching Todd Hundley's total in 1996. Beltran's defense was also recognized during the 2006 season, as he received his first Gold Glove award.

Beltran won his 3rd straight Gold Glove award in the outfield for the Mets in 2008 season.

On December 22, 2011, Beltrán agreed to a two-year deal with the St. Louis Cardinals. On June 15, batting against his old team the Kansas City Royals, he became the first switch-hitter in MLB history to attain 300 home runs and 300 stolen bases, with his seventh stolen base in the second inning. He was a 2012 MLB All-Star and participated in the 2012 Home Run Derby.

Secure Carlos Beltran for Your Event

Based on your interest in Carlos Beltran as a speaker or for a personal appearance, Direct Sportslink has provided you additional links below for other sports talent with similar appearance fees, speaker topics, and categories that match Carlos Beltran.