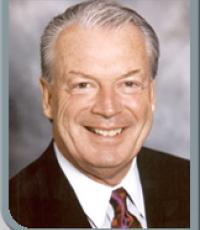 In 1978, he coached Notre Dame to their first Final Four appearance; Much of his post coaching career has been spent as a college basketball analyst on ESPN
Fee Range: $10,000 - $20,000
Secure Digger Phelps
for Your Event

He began his coaching career in 1963 as a graduate assistant at Rider College, where he had played basketball. After a move to the high school ranks, he got his first full assistant job in 1966 at the University of Pennsylvania. His first head coaching job came in 1970 at Fordham University; after leading the Rams to a 26-3 record in the 1970-71 season, he was named head coach at the University of Notre Dame.

Secure Digger Phelps for Your Event

Based on your interest in Digger Phelps as a speaker or for a personal appearance, Direct Sportslink has provided you additional links below for other sports talent with similar appearance fees, speaker topics, and categories that match Digger Phelps.