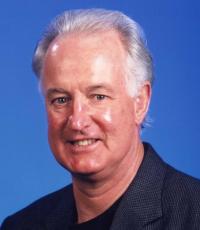 He was a partner in the creation of the Orlando Magic; In his NBA career, Williams lead his teams to 23 NBA Playoffs and five NBA Finals.
Fee Range: $10,000 - $20,000
Secure Pat Williams
for Your Event

Pat Williams is a long time NBA executive. In the late 1960s he moved into basketball, with his biggest achievements being the 1983 title of the Philadelphia 76ers and being a partner in the creation of the Orlando Magic.

Williams is also a motivational speaker. He has addressed thousands of executives in organizations ranging from Fortune 500 companies and national associations to universities and nonprofits. Clients include AllState, American Express, Cisco, Coca-Cola, Disney, Honeywell, IBM, ING, Lockheed Martin, Nike, PriceWaterhouseCoopers and Tyson Foods to name a few. Williams is the author of over 70 books, including, "Leadership Excellence." Williams has been featured in Sports Illustrated, Readers Digest, Good Housekeeping, Family Circle, The Wall Street Journal, Focus on the Family, New Man, The Maury Povich Show and Dr. Robert Schuller’s Hour of Power.

He is a member of the Wake Forest Sports Hall of Fame after catching for the Deacon baseball team, including the 1962 Atlantic Coast Conference Championship team. He was inducted into the Delaware Sports Museum and Hall of Fame in 2001. He won the DECA Entrepreneurial Spirit award at DECA's International Career Development Conference in 2011.

On February 24, 2012, Williams was announced as that year's winner of the John Bunn Award, presented annually by the Naismith Memorial Basketball Hall of Fame for significant lifetime contributions to the sport.

Secure Pat Williams for Your Event

Based on your interest in Pat Williams as a speaker or for a personal appearance, Direct Sportslink has provided you additional links below for other sports talent with similar appearance fees, speaker topics, and categories that match Pat Williams.