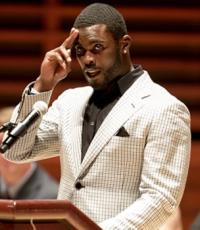 He was named the NFL Comeback Player of the Year in 2010
Fee Range: Contact Us
Secure Michael Vick
for Your Event

Vick played college football at Virginia Tech, where as a freshman he placed third in the Heisman Trophy balloting. He left after his sophomore year to enter the NFL and was drafted first overall by the Atlanta Falcons in the 2001 NFL Draft. He became the first African-American quarterback to be selected first overall in an NFL Draft. In six seasons with the Falcons, he gained wide popularity for his performance on the field, and led the Falcons to the playoffs twice.

After not playing in the 2007 and 2008 seasons, Vick signed with the Philadelphia Eagles in 2009. In 2010, Vick became the Eagles' starting quarterback and led them to the 2011 NFL Playoffs as NFC East Champions. Despite starting only 11 games and only playing in 12 games, Vick set career highs in passing yards, passing percentage, QB rating, passing touchdowns, and rushing touchdowns. He was named the 2010 NFL Comeback Player of the Year and was selected to his fourth Pro Bowl.

During his career with the Falcons, Vick became a spokesperson for many companies; his endorsement contracts included Nike, EA Sports, Coca-Cola, Powerade, Kraft,Rawlings, Hasbro and AirTran. He has also been a principal in two charitable foundations, the Michael Vick Foundation and The Vick Foundation.

Secure Michael Vick for Your Event

Based on your interest in Michael Vick as a speaker or for a personal appearance, Direct Sportslink has provided you additional links below for other sports talent with similar appearance fees, speaker topics, and categories that match Michael Vick.