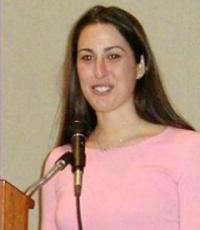 She is highly regarded as one of the best female swimmers in history; She has won four Olympic Gold Medals in swimming
Fee Range: $10,000 - $20,000
Secure Janet Evans
for Your Event

Janet has been recognized as one of the best female swimmers in U.S. history.  Her accomplishments include; 4 Olympic Gold Medals, 45 National Championships, owner of some of the oldest and most respected swimming World Records in history.

Janet made her presence felt in and out of the pool. Her career as a motivational speaker started at the ripe old age of 16.  Janet is an often requested keynote speaker for corporate events.  Janet's speaking engagementsinclude business fields from: Technology, Healthcare, Real Estate, Telecommunications, Apparel, Banking, Insurance, Trade Associations, packaged goods, non profits and many others.  Janet's easy style and grace on a podium has helped veteran salesman and senior executives alike!

- Motivation
- Peak Performance
- Team building and Excellence
- What to do when you are #1!
- Goals are not dreams, Dreams are!

Secure Janet Evans for Your Event

Based on your interest in Janet Evans as a speaker or for a personal appearance, Direct Sportslink has provided you additional links below for other sports talent with similar appearance fees, speaker topics, and categories that match Janet Evans.