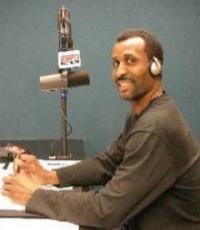 He was a phenomenal sharpshooter from behind the 3 point line; He was the 22nd NBA all-time scorer at the time of his retirement
Fee Range: $5,000 - $10,000
Secure Eddie Johnson
for Your Event

A sharpshooting 6'7" forward/guard, Johnson attended the University of Illinois before being selected by the Kansas City Kings in the 1981 NBA Draft. Johnson would play for the Kings, the Phoenix Suns, the Seattle SuperSonics, the Charlotte Hornets, the Indiana Pacers, the Houston Rockets, and Greek team Olympiacos (1994-1995) before retiring from basketball in 1999. His 19,202 points was the 22nd highest total in NBA history at the time of his retirement. In 1989, Johnson received the NBA Sixth Man of the Year Award as a member of the Suns. Along with his Sixth Man of the Year Award, he is also remembered for hitting the game-winning three-pointer as time expired in a 95-92 Rockets win over the Utah Jazz in Game 4 of the 1997 Western Conference Finals.

After his playing career was over, Johnson turned to broadcasting, serving as a color commentator for the Arizona State University men's basketball team, the WNBA's Phoenix Mercury, and the Phoenix Suns.

Secure Eddie Johnson for Your Event

Based on your interest in Eddie Johnson as a speaker or for a personal appearance, Direct Sportslink has provided you additional links below for other sports talent with similar appearance fees, speaker topics, and categories that match Eddie Johnson.