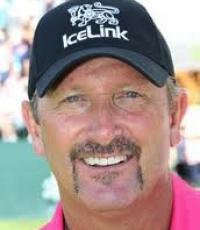 Saberhagen was drafted out of high school by the Kansas City Royals in the 19th round of the 1982 Major League Baseball Draft and made his major league debut on April 4, 1984. He made an immediate impact with the team, compiling a 10–11 record and a 3.48 ERA. The Royals made the postseason but lost to the Detroit Tigers. Saberhagen pitched well in his first postseason start, giving up two runs in 8 innings.

In 1985, the 21-year-old Saberhagen established himself as the ace of the staff, going 20–6 with a 2.87 ERA, leading the Royals to a World Series championship (and being named MVP of the Series along the way, pitching two complete games in the Series, including a shutout in Game 7), and winning the American League Cy Young Award. In 1987, Saberhagen had an excellent year, going 18–10 with a 3.36 ERA.

In 1989, he compiled a record of 23–6 with a 2.16 ERA, leading both leagues with 12 complete games, and finishing third in strikeouts. Before his July 26, 1989 start against the Boston Red Sox, Saberhagen had a record of 9–5. Over the next two months, he compiled a record of 14–1 with four shutouts. He also led the league in innings pitched, complete games, and strikeout to walk ratio. For his efforts, Saberhagen won his second Cy Young Award as the American League's best pitcher.

In 2005, he was inducted into the Kansas City Royals Hall of Fame.  He became the head baseball coach for the Calabasas Varsity baseball team in 2008.

Secure Bret Saberhagen for Your Event

Based on your interest in Bret Saberhagen as a speaker or for a personal appearance, Direct Sportslink has provided you additional links below for other sports talent with similar appearance fees, speaker topics, and categories that match Bret Saberhagen.