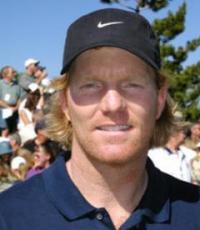 He is a former World No. 1 professional tennis player; He is a member of the International Tennis Hall of Fame
Fee Range: $30,000 - $40,000
Secure Jim Courier
for Your Event

Courier turned professional in 1988 and made his Grand Slam breakthrough in 1991 when he won the French Open singles title, defeating his former Bollettieri Academy-mate Andre Agassi in a memorable five-set final. He also reached the final of the US Open that year, where he lost to Stefan Edberg.

1992 saw Courier win both the Australian Open and French Open titles and enjoy a 25 match winning streak. In February that year he became the tenth player to reach the World No. 1 ranking since the ranking system was implemented in 1973. He would finish 1992 as the World No. 1 ranked player. Courier was also a member of the US team which won the 1992 Davis Cup.

1993 saw Courier claim the Australian Open title again. He reached his third consecutive French Open final, which he lost to Sergi Bruguera, and also reached the 1993 Wimbledon final where he was defeated by Pete Sampras. Courier would again be part of a US Davis Cup winning team in 1995.

Courier captured a total 23 singles titles and 6 doubles titles. He spent a total of 58 weeks ranked as the World No. 1 in 1992 and 1993. A consistent player on all surfaces, the right-handed Courier was known for brandishing brutal groundstrokes in defeating his opponents. His powerful and accurate forehand was one of the most feared shots on the tour during his time.

Courier retired from the professional tour in 2000.

Jim Courier was married to Susanna Lingman in 2010.

On October 27, 2010, Courier was named captain of the United States Davis Cup team.

Secure Jim Courier for Your Event

Based on your interest in Jim Courier as a speaker or for a personal appearance, Direct Sportslink has provided you additional links below for other sports talent with similar appearance fees, speaker topics, and categories that match Jim Courier.