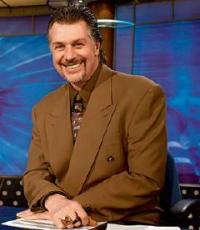 During his NHL playing career, Melrose played 300 games, scoring 10 goals, with 23 assists and 728 penalty minutes. He also played in 7 playoff games with the Toronto Maple Leafs, assisting on 2 goals and receiving 38 penalty minutes.

Melrose also spent many years as a NHL analyst for ESPN's hockey coverage.

Secure Barry Melrose for Your Event

Based on your interest in Barry Melrose as a speaker or for a personal appearance, Direct Sportslink has provided you additional links below for other sports talent with similar appearance fees, speaker topics, and categories that match Barry Melrose.