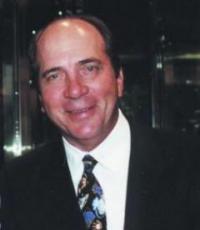 He is considered by many to be the greatest catcher ever in baseball; He is a member of the Baseball Hall of Fame
Fee Range: $20,000 - $30,000
Secure Johnny Bench
for Your Event

Johnny Bench for Franciscan Sisters of the Poor

He won his first most valuable player award in 1972. His league-leading 45 home runs and 148 RBI helped the Reds to the division title. He came close to duplicating those numbers in 1974, again leading the league with 40 home runs and 125 RBI to win another MVP award as the Reds won another division title. They won the pennant both seasons but lost twice to the Oakland Athletics in the World Series.

In 1974, he led the league in RBI for the third time, with 129. The Reds finally won the World Series in 1975 and they repeated the following year. Bench's offensive numbers weren't nearly as spectacular in those seasons, but he was still clearly the best catcher in the league. In 1977, he was named the All-Star starter for the tenth consecutive year. He won ten Gold Gloves during his career.

After knee problems continued, he retired after the 1983 season and became a radio broadcaster. In 2011 the Reds unveiled a statue of Bench in front of Great American Ballpark in Cincinnati.

Johnny has been giving motivational speeches for many years. He has spoken to numerous corporations, including Panasonic, Nokia, Wal-Mart, and Compaq. A high energy speaker, his motivational speaking engagements focus on the vowels of success "A, E, I, O, U" (Attitude, Effort, Individual, Opportunity, Using).

Johnny Bench has endorsed several companies and products. His most memorable endorsement is probably the Krylon paint "No runs, no drips, no errors" television commercial endorsement. However, his Fifth Third Bank endorsement is a true sign of his longevity as a spokesperson and a positive sign that his highly coveted name, face, and image awareness has staying power.

Secure Johnny Bench for Your Event

Based on your interest in Johnny Bench as a speaker or for a personal appearance, Direct Sportslink has provided you additional links below for other sports talent with similar appearance fees, speaker topics, and categories that match Johnny Bench.