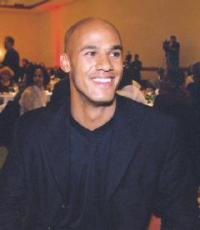 Taylor attended the University of Akron. He was drafted in the 1997 NFL Draft by the Miami Dolphins. He spent his first 10 years in the league with the Dolphins. In 2006, Taylor enjoyed perhaps his finest season yet; he had 13½ sacks, ten forced fumbles, and two interceptions that were both returned for touchdowns.

Taylor was awarded with the NFL Defensive Player of the Year Award that year. Taylor has been the Dolphins career record holder for sacks and fumble recoveries and fumble recoveries for touchdowns. On November 5, 2006, Taylor got his 100th sack against Rex Grossman of the Chicago Bears. He is the 22nd player in NFL history to get to 100 sacks since it became an official stat in 1982.

After his stint with the Dolphins, he played for the Redskins, Dolphins, and Jets, before returning to the Dolphins in 2011, which would be his last season.  After his retirement, Taylor annoucned that he would be an analyst for ESPN and would be featured on NFL Live, SportsCenter, NFL 32, and Sunday and Monday NFL Countdown.

Secure Jason Taylor for Your Event

Based on your interest in Jason Taylor as a speaker or for a personal appearance, Direct Sportslink has provided you additional links below for other sports talent with similar appearance fees, speaker topics, and categories that match Jason Taylor.