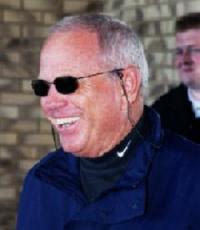 Butch Harmon has been involved in the golf arena for over 36 years. His father, Claude Harmon, a renowned club and teaching professional and 1948 Masters Champion, introduced him to the game. Harmon followed in his father's footsteps by becoming an accomplished player on the PGA TOUR in the early 1970's. In 1971 his final year on the PGA TOUR, Harmon won the B.C. Open.

Secure Butch Harmon for Your Event

Based on your interest in Butch Harmon as a speaker or for a personal appearance, Direct Sportslink has provided you additional links below for other sports talent with similar appearance fees, speaker topics, and categories that match Butch Harmon.