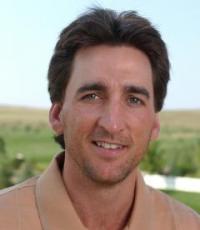 Vinny Del Negro is a former NBA player who was born in Springfield, Massachusetts, the home of the Basketball Hall of Fame.

Del Negro played for Jim Valvano at North Carolina State. As a senior, Del Negro was selected to the All-ACC Team after averaging 15.9 points, 3.6 assists and 4.9 rebounds per game.

Del Negro was selected by the Sacramento Kings with the 29th pick in the 1988 NBA Draft. Del Negro played 2 seasons for Sacramento before leaving for Italy and playing for Benetton Treviso for another 2 years.

Formerly a radio commentator for the Phoenix Suns, on July 7, 2006, he was promoted as director of player personnel for the Suns. He is an avid golfer and enjoys participating in celebrity golf events.

He has coached several NBA teams, including the Chicago Bulls and the Los Angeles Clippers.

Based on your interest in Vinny Del Negro as a speaker or for a personal appearance, Direct Sportslink has provided you additional links below for other sports talent with similar appearance fees, speaker topics, and categories that match Vinny Del Negro.