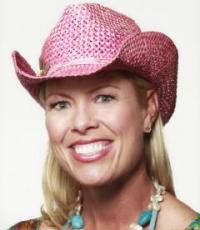 Michelle McGann was born in West Palm Beach, FL on December 30, 1969.  She picked up her first set of golf clubs at age seven (7).  As an amateur golfer, McGann's success is ranked among the best all time.  McGann won the 1987 Junior Girls Championship and was named the AJGA Rolex Junior Player of the Year.  A three-time Florida State Junior champion, McGann was ranked the number one amateur in the world by both GOLF Magazine and Golf Digest in 1987.  She participated in the 1988 US Women's Open and Boston Five Classic as an amateur, and captured the 1988 Doherty Cup Championship.

McGann joined the LPGA Tour after graduating high school at the age of 18, in 1988.  Since joining the tour, she has seven (7) LPGA tour victories to her name, including the 1998 Sara Lee Classic, the 1995 and 1996 Youngstown Warren LPGA Classic, the 1996 Oldsmobile Classic, the 1996 State Farm Classic, and the 1997 HEALTHSOUTH Inaugural.  Michelle was a member of the 1996 USA Solheim Cup  Team, which competed in Chepstow, Wales, and her victory was an integral part of the United States win over the European team.  Finally, her 4-0 playoff record is the best in LPGA history.

Perhaps McGann's biggest challenge has been living with Type 1 Diabetes, which she was diagnosed with at age 13.  She has overcome the disease through constant medical care and the use of an insulin pump which she must wear during play.   While Michelle ranks in the top 50 of all-time LPGA money earners, she has also raised millions, and personally spent thousands of hours benefiting numerous diabetes causes, including but not limited to the Diabetes Research Foundation and the Juvenile Diabetes Research Foundation.

McGann is the co-author of the very popular "Idiot's Guide to Golf?, now in its 2nd edition.  She has also contributed to numerous other books and publications regarding golf and diabetes.

Michelle's presence on and off the course has led her to be one of the most recognized personalities in women's athletics.  At 5'11' and with a model quality smile, Michelle has represented numerous high-quality organizations during her 20 years as a professional.

Secure Michelle McGann for Your Event

Based on your interest in Michelle McGann as a speaker or for a personal appearance, Direct Sportslink has provided you additional links below for other sports talent with similar appearance fees, speaker topics, and categories that match Michelle McGann.