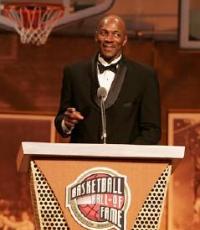 He is a member of the Basketball Hall of Fame; He led the Portland Trailblazers to the NBA finals twice; He played on the 1992 U.S. Olympic "Dream Team"
Fee Range: $20,000 - $30,000
Secure Clyde Drexler
for Your Event

One of the game's all-time great guards, Clyde "The Glide" Drexler was known for his high-flying yet seemingly effortless swoops to the basket.

A native of the city, he attended the University of Houston and starred on the "Phi Slamma Jamma" teams of the early 1980s. A forward in college, Drexler teamed with Hakeem Olajuwon and Larry Micheaux to form a front line that took the team on two straight trips to the NCAA Final Four.

He had a Hall of Fame career in the NBA. After almost a dozen seasons with the Portland Trail Blazers, Drexler left Portland with his name all over the franchise's record books as the team's all-time leader in scoring, games, minutes, field goals, free throws, rebounds and steals.A perennial All-Star and a member of the 1992 U.S. Olympic Dream Team, Drexler twice led the Blazers to the NBA Finals. It wasn't until he joined the Houston Rockets midway through his 12th campaign, however, that he finally earned a championship ring.

It was fitting that Drexler achieved the ultimate NBA success while in Houston.

He ended his illustrious NBA career joining Oscar Robertson and John Havlicek as the only players in NBA history to top 20,000 points, 6,000 rebounds and 3,000 assists.

On February 13, 2009, Drexler participated in the NBA's All-Star Celebrity Game.

Secure Clyde Drexler for Your Event

Based on your interest in Clyde Drexler as a speaker or for a personal appearance, Direct Sportslink has provided you additional links below for other sports talent with similar appearance fees, speaker topics, and categories that match Clyde Drexler.