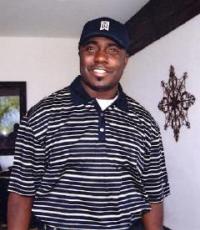 Marshall Faulk was a stand out back at San Diego State University. He compiled one of the greatest freshman seasons in NCAA history, gaining 1,429 yards rushing, with 23 total TD's (21 rushing), and 140 points scored. Faulk was drafted 2nd overall in the 1994 NFL Draft by the Indianapolis Colts. Faulk was later traded to the St. Louis Rams.

In his first year in St. Louis, Faulk was the catalyst for "The Greatest Show on Turf", a nickname given to the Rams spread offense formation.  He put up some of the best all-purpose numbers in the history of the NFL, 2,429 yards from scrimmage. With 1,381 yards rushing, 1,048 receiving yards, and scoring 12 touchdowns in a truly fantastic year, Faulk joined Roger Craig as the only men to total 1,000+ yards in each category in a season. The Rams eventually went on to win Super Bowl XXXIV. For all this effort and success, he received the NFL Offensive Player of the Year Award and starter for the NFC squad in the 1999 NFL Pro Bowl.

The following year Faulk became the first running back in NFL history to lead his team in receptions five separate seasons (three in Indianapolis and twice in St. Louis). In addition to this remarkable achievement Faulk was the MVP in 2000, and again the Offensive Player of the Year. He had 1,359 yards rushing in 14 games and set a new NFL record with 26 total TDs.

The next season with Warner healthy, and the defense creating turnovers and putting pressure on opposing QBs, the Rams went 14-2. Faulk finished second in MVP voting to his teammate Kurt Warner, but was named Offensive Player of the Year for the third year in a row. On the strength of their backfield and newly revamped defense, the Rams reached Super Bowl XXXVI, only to lose to the Patriots on a game-winning field goal by Adam Vinatieri.

Marshall Faulk had what may have been the best consecutive seasons in league history during these years. In that span, he scored 59 total TD's, amassed 6,765 yards of total offense (4,122 rushing and 2,643 receiving) and won the NFL Most Valuable Player Award and three NFL Offensive Player of the Year Awards. He was also named All-NFC, ALL-NFL, and selected for the Pro Bowl in each of those years. In the 2004 season, Faulk recorded his 100th rushing touchdown, becoming only the 6th player in NFL history to accomplish this feat. At the time of his retirement, he was the only person to amass 12,000 yards rushing and 6,000 yards receiving. Marshall was elected to the Pro Football Hall of Fame in 2011.

Secure Marshall Faulk for Your Event

Based on your interest in Marshall Faulk as a speaker or for a personal appearance, Direct Sportslink has provided you additional links below for other sports talent with similar appearance fees, speaker topics, and categories that match Marshall Faulk.