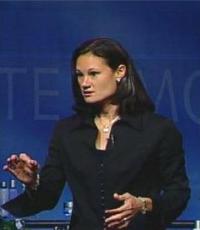 Jennifer played point guard for the Stanford University's women's basketball team, known as the Cardinal, from 1987 to 1990. During her four years at Stanford, the Cardinal team compiled a 101-23 won-loss record, and captured two Pac-10 titles.

Her individual accomplishments include: Named to the Kodak All-America First Team in 1989 and 1990. 1990 recipient of the Wade Trophy and Naismith Award.  NCAA Final Four Most Valuable Player (MVP), and the West Region MVP in 1990. Pac-10 Player of the Year award in 1989 and 1990. Three time All-Pac 10 first team selection.

Azzi began her professional basketball career playing in the United States when she joined the San Jose Lasers of the American Basketball League (ABL) from 1996 to 1998. Unfortunately, the ABL declared bankruptcy in December 22, 1998. In 1999, Azzi was selected by the Detroit Shock in the first round (fifth overall) in the WNBA Draft. She helped lead the Shock into the playoffs that year.

In February 2004, she announced her retirement from professional basketball. She has served on the Board of Directors of USA Basketball. Azzi became the head coach of the Women's Basketball team at the University of San Francisco in 2010.

Secure Jennifer Azzi for Your Event

Based on your interest in Jennifer Azzi as a speaker or for a personal appearance, Direct Sportslink has provided you additional links below for other sports talent with similar appearance fees, speaker topics, and categories that match Jennifer Azzi.