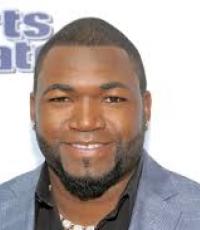 David Ortiz signed a free agent contract with the Boston Red Sox in 2003, and played a major role in leading the team to their first World Series championship in 86 years. Ortiz hit 41 home runs and had 139 RBI’s during the 2004 regular season.  In 2006, he led the American League in both home runs and RBI’s. The following year, Ortiz would help lead the Red Sox to their seventh World Series title.

In  2010, he won the Home Run Derby contest at the All-Star Game, and the next year Ortiz won the Roberto Clemente Award, given annually to the MLB player who best exemplifies the game of baseball, sportsmanship, community involvement, and contribution to his team.

In 2012, Ortiz hit his 400th career home run, and in 2013 he would hit his 500th career double, his 2,000th career hit, would play in his 9th All-Star game, won his 6th Silver Slugger Award, and helped lead the Red Sox to their eight World Series Championship and earning himself the World Series MVP award.

The David Ortiz Children’s Fund was founded in 2007. The organization allows Ortiz the flexibility to donate to children who are in the most need at any given time.

Secure David Ortiz for Your Event

Based on your interest in David Ortiz as a speaker or for a personal appearance, Direct Sportslink has provided you additional links below for other sports talent with similar appearance fees, speaker topics, and categories that match David Ortiz.