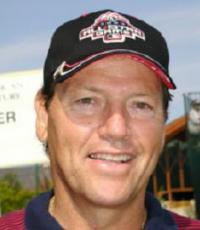 He is a member of the Baseball Hall of Fame; He is regarded as one of the best catchers to ever play professional baseball
Fee Range: $30,000 - $40,000
Secure Carlton Fisk
for Your Event

Nicknamed "Pudge" as a youngster, Fisk grew to be 6-foot-2 and 220 pounds and he was one of the best catchers in baseball for more than twenty years.

He missed much of the 1974 season and the early part of the 1975 season with an injury, but he came back to help lead the Red Sox to a pennant, batting .331 with 10 home runs and 52 RBI in just 79 games. His winning home run in the 12th inning of Game 6 in the World Series has been often replayed, because Fisk watched the ball and used body English to try to keep it inside the foul pole. However, Boston lost to the Cincinnati Reds in the seventh game.

At the time of his retirement in 1993, he held the record for most home-runs all-time by a catcher  with 351. Fisk was voted to the All-Star team 11 times. Fisk was known as a fierce competitor, a superb handler of pitchers and a natural on-field leader. He was elected to the Baseball Hall of Fame in 2000.

Secure Carlton Fisk for Your Event

Based on your interest in Carlton Fisk as a speaker or for a personal appearance, Direct Sportslink has provided you additional links below for other sports talent with similar appearance fees, speaker topics, and categories that match Carlton Fisk.