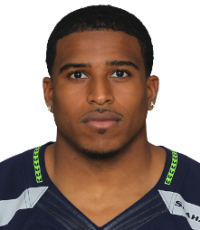 He was the starting linebacker for the 2014 Super Bowl Champion Seattle Seahawks
Fee Range: $10,000 - $20,000
Secure Bobby Wagner
for Your Event

Direct Sportslink secured Seattle Seahawks starting linebacker and Super Bowl Champion Bobby Wagner for Boeing's Diversity Day. Bobby participated in two different sessions with the Boeing employees where he aswered questions about how diversity plays an important role in building a winning team. Boeing's use of Bobby helped leverage their existing relationship with the Seahwaks and numerous employees wore team jerseys to show their support. The event was a huge success. To secure Bobby wagner for a personal appearance, endorsement or speaking engagement please contact a Direct Sportslink booking agent to learn of his availability and motivational speaker fee.

Bobby Wagner was an amazing speaker. The positive feedback we have received has been overwhelming. Those fortunate to have been included were clearly inspired. A big thanks to Direct Sportslink for helping us make this diversity event such a success. We could not have done this without you!!

Bobby Wagner attended Colony High School in Ontario, California. Considered only a two-star recruit by Rivals.com, Wagner's only offer came from Utah State, which he accepted.

Wagner attended Utah State University from 2008 to 2011. A four year starter, Wagner recorded 445 tackles, 4.5 sacks, and four interceptions during his career. As a senior in 2011, Wagner was the WAC Defensive Player of the Year after recording 147 tackles, four sacks, and two interceptions.

In the 2012 NFL Draft, Wagner was selected in round 2, pick 47 by the Seattle Seahawks. Wagner helped lead the Seahawks to a 43-8 win over the Denver Broncos in Super Bowl XLVIII.

Secure Bobby Wagner for Your Event

Based on your interest in Bobby Wagner as a speaker or for a personal appearance, Direct Sportslink has provided you additional links below for other sports talent with similar appearance fees, speaker topics, and categories that match Bobby Wagner.